Raddle is here as an answer to the decisions contrary to the community of the Reddit corporation, which recently decided to stop publishing its source code as free software. In addition, it's raising some privacy concerns:

The main reason for the creation of Raddle seems to be, however, the censorship and the deletion of accounts from leftist groups, according to the explanation on the wiki page "History" from Raddle. 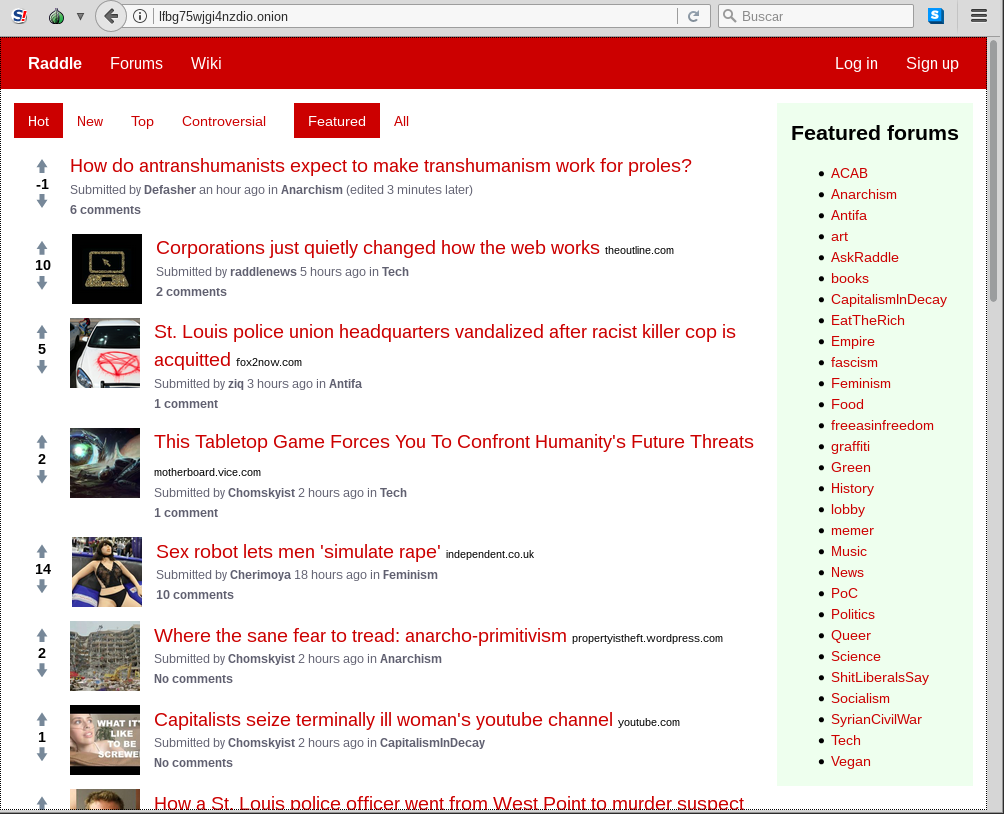 Raddle is free software, collaborative and doesn't track its users. It doesn't have any shadowy economic interest, as it's not controlled by a private company, but conceived as a community space. In addition, it has a Tor hidden service: http://lfbg75wjgi4nzdio.onion/.

Being a collaborative project, new features can be included after they are accepted by the community in the meta forum.

Originally, Raddle was called Raddit, but its name was changed to avoid being compared with Reddit and prevent possible problems with domain registrars.

How does Raddle work?

Raddle is a place to share articles and to create discussions and votings. The content is organized in forums. One can subscribe to different forums to be informed about its news. We can use different filters to view the content that interests us: by the most recent, most voted, by negative votes, by activity.

Some information about the service itself can be found in the wiki of Raddit, which can be edited by anyone, except some blocked pages (such as the privacy policy).

The appearance of Raddle can be customized very easily choosing some of the existing themes or creating a custom one. Raddle is translated into different languages. 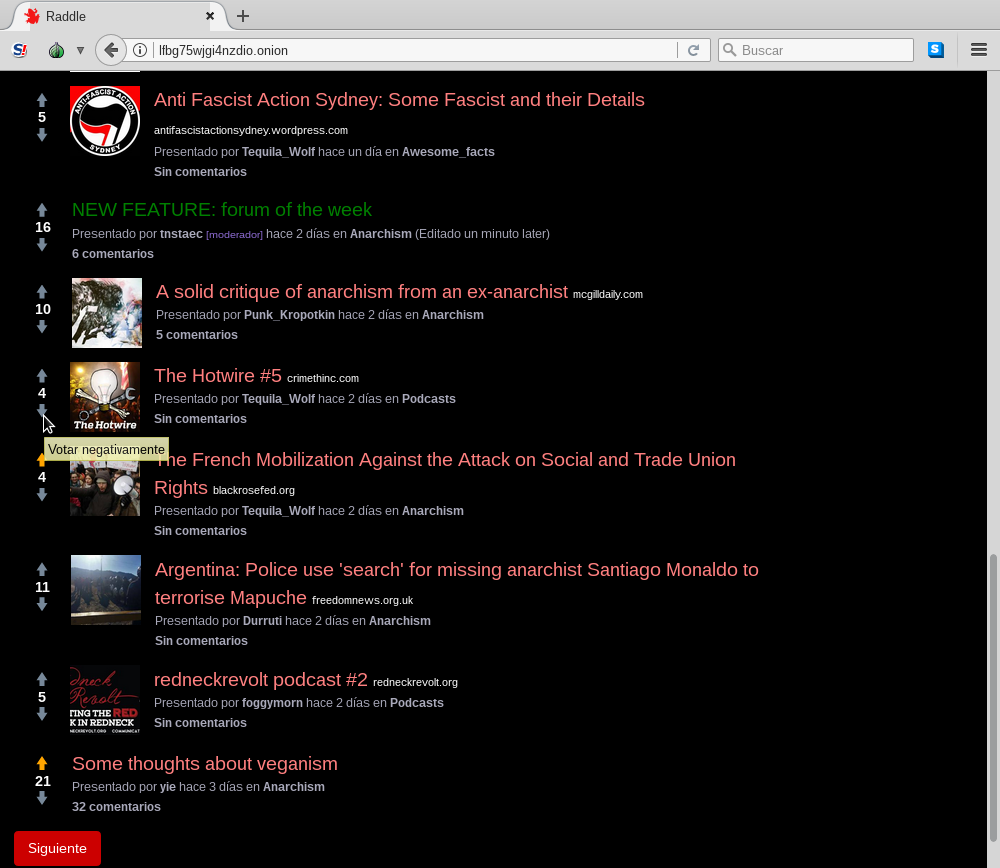