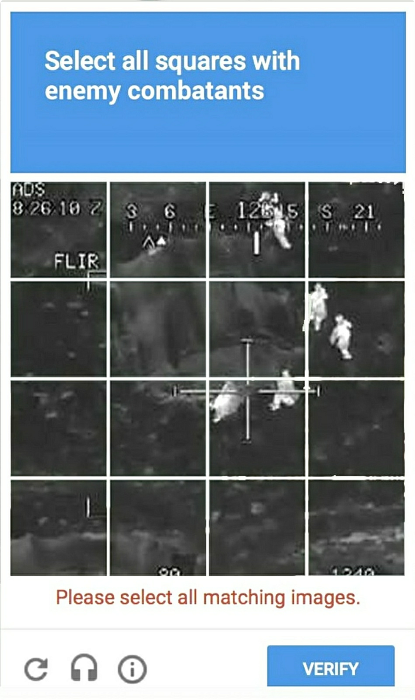 Google has recently partnered with the Pentagon to help it develop artificial intelligence. The project, called Maven, involves the development of a system to identify objects through drone imagery.

This means that Google's power over people around the world will be used by the US empire for its dark interests. Now completing a Google reCAPTCHA not only involves ethical dangers related to economic exploitation and the use of proprietary software, but also close collaboration in the murder of human beings. Deaths that seem dehumanised, but in the end it is unconscious (and conscious) people who train machines to kill.